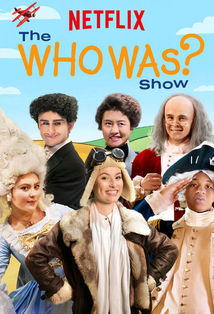 
Netflix has ordered 13 half-hour episodes of family variety series The Who Was? Show, which is based on Penguin Books’ bestselling Who Was? children’s book series. Developed by Penguin Workshop and produced by FremantleMedia Kids & Family, the series where comedy and history collide will start streaming in 2018.